The Elemental Masters are warriors who have mastered the various elements of their ancestors.

An Elemental Master's power is passed down from parent to child. If the parents are both Elemental Masters, the child is either born with one or the other of the parents' powers. When a child inherits their parent's power, the parent loses their element.[1] For the most part, there cannot be two masters of an element at once, the one known exception being the Time Twins, twin brothers.

If twins are born to an Elemental Master, both children might inherit the element, but the powers are split between the two.

It is also possible for an Elemental Master to willingly pass their power to someone who is not their descendant, as the former Master of Ice gave his powers to Zane, a Nindroid.

Those related to the First Spinjitzu Master appear to not lose their powers upon their children gaining theirs, as Lloyd and Garmadon have powers at the same time. Their powers are not truly "elements," nor are they Elemental Masters in the same sense the others are. 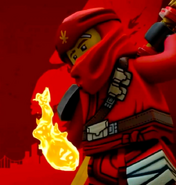 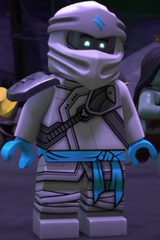 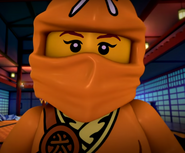 Skylor (Orange Ninja, Master of Amber)
Add a photo to this gallery

For the powers of the masters, see here.

The Elemental Masters at the Corridor of Elders during the Second Serpentine War.
Add a photo to this gallery

Retrieved from "https://actionpedia.fandom.com/wiki/Elemental_Masters?oldid=52122"
Community content is available under CC-BY-SA unless otherwise noted.