View source
“There's rules to these games: One, You can't go backwards. Two, everything speeds up the further you go. Three, all the obstacles are pre-programmed, so if you learn the timing and invade the danger. But, the most important thing to know is, if you die, we have to start over at the beginning!”
— Jay

Prime Empire is a virtual reality world of the video game Prime Empire.

Sometime, the world of Prime Empire came into view after it was created. Unagami became the ruler of the game and a magic was created to suck players inside the game.

The product animation of part of the Speedway Five-Billion racetrack.

The product animation of the Whack Rats.

The product animation of the Treacherous Tower.

The product animation of the Cyber Dragon.

The product animation of the Temple of Madness.

The world of Prime Empire, in the Gamer's Market area. 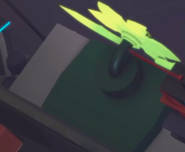 Gamer's Weapons from above. 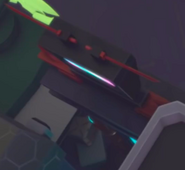 The Key-Tana Stall from above.

The Gamer's Market from above.

The Speedway Five-Billion in an advertisement.

The Yellow Key-Tana in an advertisement. 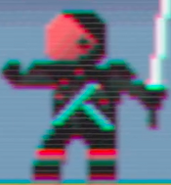 The commercial of Prime Empire.

The exterior of the Temple of Madness as seen from an arcade pod.

The Forest of Discontent as seen from an arcade pod.

Terra Technica as seen from an arcade pod.

Arcade Pods of Prime Empire, with Unagami's army symbol, as depicted in the intro.

Terra Technica from above.

The Forest of Discontent

The Cliffs of Hysteria

The Thorns of Discontent 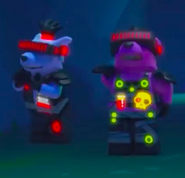 The Ninja show their Health Boards.

The Cliffs of Hysteria

The Fire Dragon's Health Board. 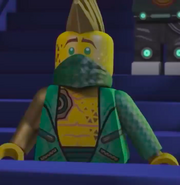 Energy Cubes of Kai and Cole.

The Temple of Madness floating in the air.

The Temple of Madness

The Monster Sushi in their monster forms.

The Monster Sushi in their original sushi forms.

The Manifestation Gate in the form of an arcade cabinet.