The Balance is the metaphysical force of opposing systems working together in harmony.

In the First Realm, there were two powerful kinds of beings, the Oni and the Dragons. The Oni had the power of Destruction, while the Dragons had the power of Creation/Golden Power, and, because of their differences, they constantly waged war on each other.

Over time the balance fluctuated many more times, sometimes turning towards shadow, and sometimes toward light, but a state of equilibrium is and was kept most of the time. 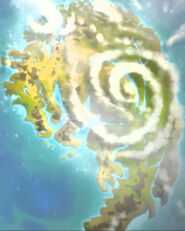 Add a photo to this gallery
Retrieved from "https://actionpedia.fandom.com/wiki/The_Balance?oldid=29533"
Community content is available under CC-BY-SA unless otherwise noted.